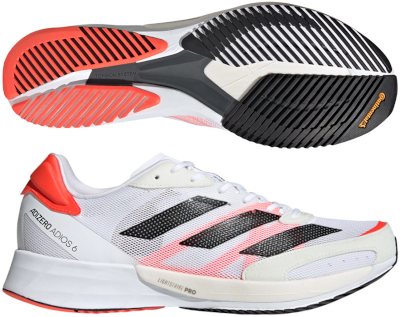 No, no carbon fibre plate, no rods (EnergyRods™) but a noticeable increase in the top of the midsole is what the Adidas Adizero Adios 6 features. A mythical saga, protagonist of great brands that now seems to lose prominence staying as the little sister of the Adizero Boston 10 shoe with which it shares aesthetics. Apart from the visible increase in midsole, the weight increases by around 10% while the drop is reduced from 10mm to 8mm, so regular users of the Adios saga will need to take into account these (apparently) slight changes that can certainly affect a dynamic used to other parameters.

Perhaps the biggest change from its predecessor Adidas Adizero Adios 5 is that it no longer looks like a racing flat and that makes it lose a lot of appeal. Too many reminders of those pronator shoes from a few years ago that didn't invite you to wear them, especially because of the stitched reinforcements in the forefoot. As for the shoe itself, Adidas claims to use recycled materials (as part of the PrimeGreen initiative) but they won't go deeper into the subject because it shouldn't affect the shoe's performance. The mythical Adidas "three stripes" preside over the midfoot of the outer part that reveals an inner structure capable of transmitting the abrupt movements of the foot that occur when running fast, which in the end is the goal.

A larger midsole that leaves aside the controversial (too soft, too much travel, etc.) related to Boost™ compound to use the desired LightStrike PRO on top of a base of full length layer of evolved LightStrike (EVA), perhaps the closest thing to a conventional racing shoe you can find on the market if you don't want to resort to the more radical Adizero Takumi Sen 6. It seems that the configuration of the outsole has not convinced and the Adios 6 has not only redesigned (for the nth time) the Torsion system that provides some stiffness to the whole to improve the performance but also presents a series of elements with specific rubber for each zone as a result of the collaboration with the prestigious tyre manufacturer Continental™. Let's run. 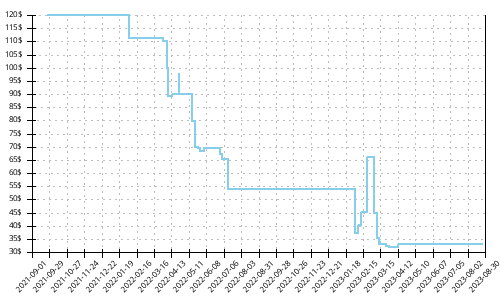