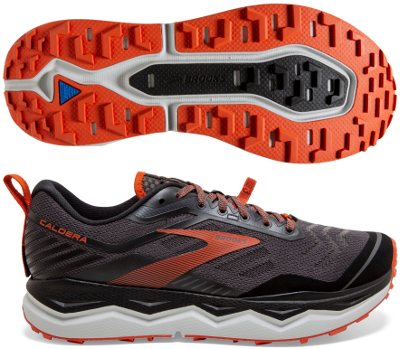 Many changes have been made to the new Brooks Caldera 4 to keep the spirit of an extremely comfortable shoe designed for long distance running on less technical terrain such as roads and trails, although the new outsole suggests that it can move well on other more complicated surfaces. Along with the new outsole configuration the upper reinforcements have been improved, but for those who want to go a bit further (not only in performance, but also in weight and... price) and want to stick with Brooks, perhaps the best option is its bigger sibling Cascadia 14.

There is a noticeable leap in quality over its predecessor Cascadia 3 and the upper has been redesigned with a breathable fabric over which sits a series of heat-sealed reinforcements that confer a structure that allows for greater consistency to the whole. The oversized logo of the American brand on the sides follows the trend seen on asphalt models like the popular mixed Launch 7 and the vertical extension of the midsole increases the feeling of amount of cushioning while offering better lateral support. The forefoot enjoys generous toe protection from various objects that may be encountered on the trail.

As for the rest of the Caldera 4, the midsole features no new material innovations and continues to rely on the reliable BioMoGo DNA compound although the geometry has been slightly modified to improve dynamic behavior, maintaining the 4 mm of drop. The outsole radically changes its design using not very deep but well separated lugs to improve one of the constant complaints from users about traction on somewhat more technical terrain than a dirt road. In terms of rubber it still relies on the specific TrailTack™ compound, so we will have to wait for the verdict of independent runners to know how well the combination works. 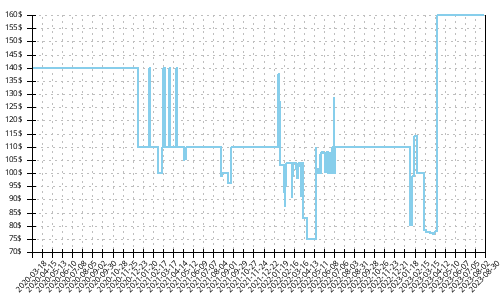