Hoka One One Clifton 7 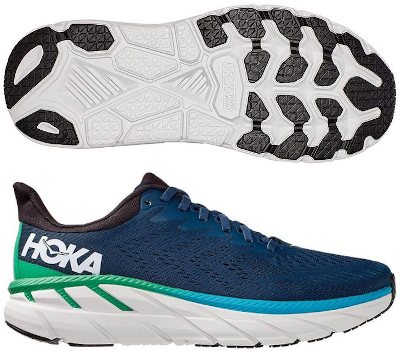 Hoka One One Clifton 7 are neutral cushioned running shoes.
Share:

You have to look closely to realize that this is the Hoka One One Clifton 7 and not the previous model. In any case, it offers what it promises: great comfort supported by its impressive midsole and top-notch materials, at the same price. It is curious how running shoes have evolved and the popularity enjoyed by the French-American brand's models, even with a drop of 5 mm that could be an obstacle to fit for many. It is also interesting how the Clifton saga has been the one chosen by many for recovery runs thanks to its huge cushioning and flattering dynamics in the stride transition.

Not many but some change or another there is compared to its predecessor Clifton 6. The upper features an extended rearfoot height for better protection of the achilles area and to facilitate the entry and exit of the foot when putting on and taking off shoes respectively. The mesh upper has also been improved so that it no longer makes use of embroidered reinforcements on the sides and also incorporates many more ventilation holes thus ensuring a first class breathability. To round out the package, it is about 2% lighter than the previous model. It is not much but it all adds up (or subtracts, as in this case).

The rest of the Clifton 7 remains unchanged. The imposing midsole remains the most characteristic element of the Clifton 7 which maintains both the 5 mm of drop and the protrusions that occupy part of the upper (in a similar way to the Guide Rails of the Brooks Glycerin 18) for added stability and the "Meta Rocker" structure for ease of transition that has surely inspired other models such as the eye-catching Nike React Infinity Run shoe. In a display of originality, the outsole configuration remains identical, always maintaining contact with the ground throughout and with strategically placed rubber reinforcements to increase durability while offering good grip on asphalt. 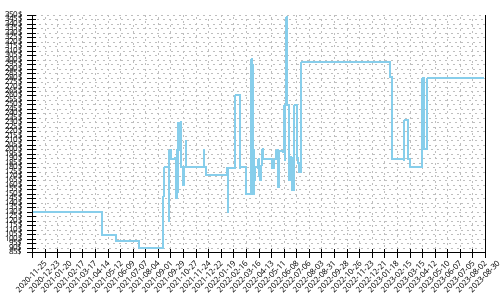 Similar running shoes to Hoka One One Clifton 7