Hoka One One Clifton 8 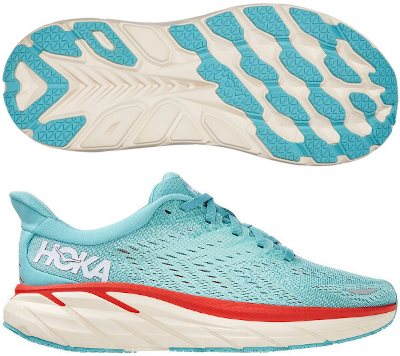 Hoka One One Clifton 8 are neutral cushioned running shoes.
Share:

It is interesting that the biggest expectation that creates the Hoka One One Clifton 8 is that it does not ruin the experience obtained from the previous edition. It's a shoe that delivers what's expected of it: an imposing outsole with a soft feel, a 5mm drop and high quality materials, commensurate with the retail price (high, in case anyone expected otherwise). The concept itself clashes with the more traditional view of a top-of-the-line neutral shoe such as the Asics Gel Nimbus 23 which is about 20% heavier and has a more conventional drop of 10 mm. There is no doubt about its success and along with its little sister Rincon 2 shoe they are a reference in their market segments.

At first glance it's quite similar to its predecessor Clifton 7 shoe, but the upper features a better integrated rearfoot that continues with the vertical extension that not only serves to protect the achilles but also to aid in shimming. Another help is the integration of the tongue into the upper as it is now stitched to both sides and is quite fluffy. This contrasts with a lightening of the mesh that in this edition is lighter and has dispensed with elements that conferred a certain structure while maintaining a multitude of ventilation holes for good breathability.

The midsole of the Hoka One One Clifton 8 remains its most distinctive emblem (taking into account the Meta-Rocker geometry with the aforementioned 5 mm of drop) and although throughout the saga has been played with a greater or lesser hardness, now plays a little softer which results in greater comfort impairing the response, possibly the combination that its target audience is looking for and can find in competing running shoe like the New Balance Fresh Foam 1080 v11. Another interesting change is in the outsole rubber which is now more abundant and also features a configuration in the forefoot that favors a faster transition with flex grooves specifically designed for it. Let's go for a run. 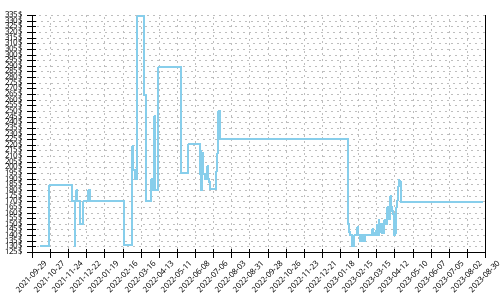 Similar running shoes to Hoka One One Clifton 8