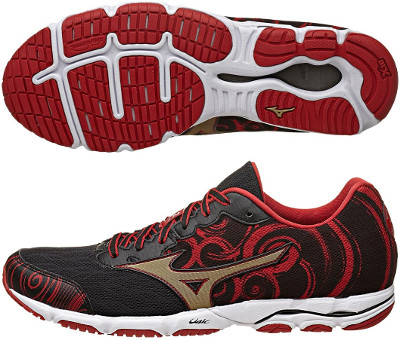 The Mizuno Wave Hitogami 2 is the update of one of the most successful models among neutral (not radical) racing running shoes. Slightly lighter and closer to the ground than its predecessor the Wave Hitogami, it is ready to use from 5K to half marathon distances.

This new version of the Wave Hitogami presents a redesigned upper (also seen on popular Wave Rider 18) where lateral logo is no longer printed on the mesh but stitched to join lace area with sole wall for a better fit, removing stripe around the rearfoot. Although color transition is really cool, this model is not the best one to wear under poor light conditions as reflective material only shows up on the rearfoot's small logo. The agressive design along the upper is inspired in japanese traditional theater (Kabuki) so as well as makeup transforms actors on stage, the Hitogami turns average runners wearing it into great racers.

It features latest materials developed by Mizuno like U4ic in the midsole which performs basically the same as old AP+ but it is 30% lighter. It also includes popular Wave® technology in the heel to dissipate impact forces away when landing offering a more reactive response and smoother transition. The durable X-10 carbon rubber is used in outsole's high impact areas for longer durability while G3 Sole is a lightweight rubber dot pattern in the forefoot that enhances traction where needed most and reduces weight 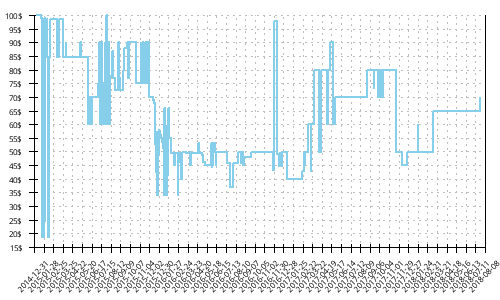