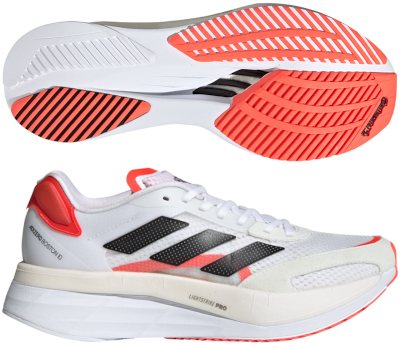 Times are changing and the Adidas AdiZero Boston 10 is proof of that. Almost 300 grams (around 25% heavier than the previous edition), an imposing midsole that not only prevents ground feel but also includes carbon fibre rods (EnergyRods™) to improve performance and also dispenses with the controversial Boost™ compound in favour of other new generation materials. None of this need be good (or bad) in itself, just different. We'll have to see if runners get used to these geometries.

Comparison with its theoretical predecessor Adizero Boston 9 is tricky because very little remains beyond the name of a mythical saga. The double-layer upper features a modern and attractive design, with the extra point that up to 50% of recycled materials (PrimeGreen) have been used in the manufacturing process, although it is a matter of trusting the German brand's announcement. The reinforcement on the sides of the forefoot is striking, which may even raise some doubts about its intrusiveness in terms of flexibility in such a critical area. The tongue is relatively thin, with some padding on the upper to firmly accommodate lacing tension and is stitched on both sides to the midfoot walls to keep it in a fixed position to avoid annoying creases.

Although the LightStrike compound was already beginning to see the light of day in other Adidas models such as the SL 20, it wasn't until the adoption of the "Pro" version in the Adidas Adizero Adios Pro shoe in combination with the aforementioned carbon fibre rods (EnergyRods™) that it really started to come into its own. And to continue the evolution, the LighStrike EVA compound replaces the iconic Boost™ in the lower part of the midsole. Finally, the outsole also gets its own revolution abandoning the great StretchWeb™ configuration and the legendary TORSION® stability system but keeping the collaboration with tyre manufacturer Continental®. We'll have to wait and see how all these new features perform. Let's run. 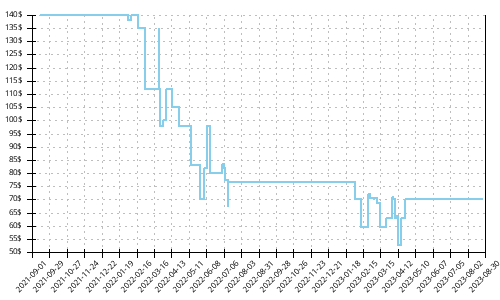