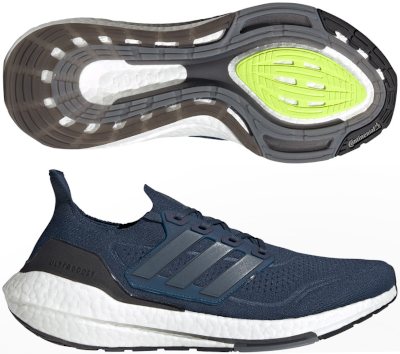 The Adidas Ultra Boost 21 has been revamped with a design that leaves no one indifferent. Either way the German brand sends contradictory messages to the potential buyer walking through the ambiguity of a shoe to perform a demanding sport or to follow the street trends: on the one hand, it introduces more Boost™ compound that increases both cushioning and energy return; on the other, the weight goes up to 340 grams, 37% more than the Hoka One One Clifton 7 and 10% more than the previous Ultra Boost 20 edition. The marketing campaign accompanying the Ultra Boost 21 reinforces that image of a running shoe that doubles as a fashion accessory, but it has rarely been the case that it works, with the notable exception of the eye-catching Asics Gel Noosa Tri 12

The complete redesign over its predecessor Ultra Boost 20 maintains the bootie-style upper with the signature rear elevation (S-Curve). In terms of materials, it debuts the premium Primeknit+ fabric that has been made mostly from recycled material (Primeblue). The tabs that hold the rearfoot in place are much better integrated than in its little sister Solar Boost 3 and it's surprising that the plastic element that holds the midfoot (and carries the mythical Adidas "3 stripes") is stitched to the liner without further continuity to reinforce the structure of the whole.

The novelties continue in the rest of the Adidas Ultra Boost 21 with an imposing midsole entirely made of Boost™ to which we must add the evolution of the old known Torsion system that is now called "Linear Energy Push" (LEP) and promises a significant improvement in stiffness for a stride with more nerve, or at least to counterbalance the 340 grams of shoe and so much cushioning. The sole can be called a revolution because the StretchWeb configuration is radically abandoned and a new design based on two pieces is adopted, playing with transparent areas to give the impression of greater lightness and with different flashy colors that make it look more dynamic. In any case the collaboration with the prestigious tire manufacturer Continental™ as technological partner continues although its protagonism is circumscribed to the front part of the sole. 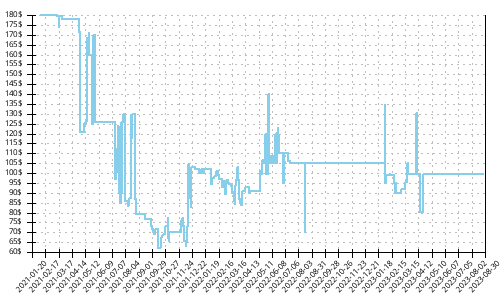