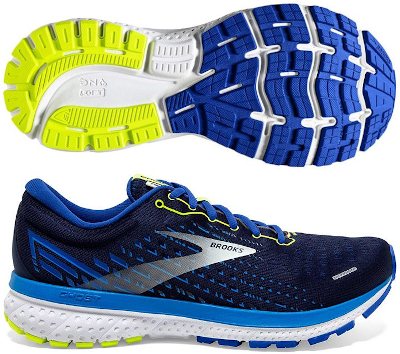 The new Brooks Ghost 13 follows a fairly continuist line typical of the american brand that usually introduces changes little by little, which is surely appreciated by Brooks fans, who know what kind of shoe awaits them. In this case, a redesigned upper, a midsole with much more DNA LOFT inherited from its big sister Glycerin 18 and a slightly lower weight (about 5%) are the new features of the Ghost 13. What is also new is that there are also editions with a waterproof Gore-Tex® (GTX) membrane available for those who enjoy running in more demanding weather conditions.

Visually what is most striking compared to its predecessor Ghost 12 is the oversized logo (debuted on the popular mixed Launch 7) on the side that not only serves to identify the brand but also offers better support in the upper. The upper maintains a great cushioning both in the tongue and in the collar around the ankle but in the rest it is characterized by its good adaptation to the contour of the foot and the breathability it allows. The different thermo-seals (3D Fit Print) not only confer a consistent structure on the upper but as a whole result in a clean and modern design.

No doubt the most notable new feature in the Brooks Ghost 13 is the midsole in which a softer DNA LOFT compound is found mostly throughout the entire shoe (something so far reserved for premium models like the Transcend 7 shoe) combined with a firmer BioMoGo DNA for improved responsiveness. The outsole configuration is virtually identical to that seen in the previous edition, with large flex grooves in the forefoot aiding a smooth transition. It also uses a more robust rubber in the most wear-prone areas to increase the durability of the outsole. 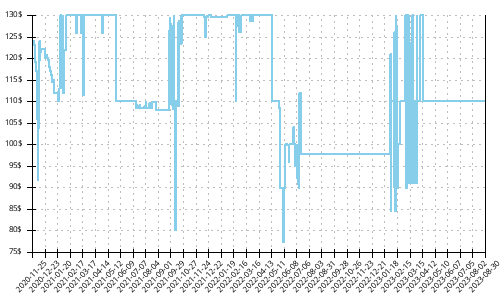