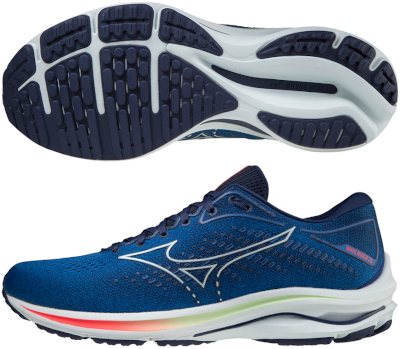 The Mizuno Wave Rider 25 confirms the Japanese brand's strategy of opening up to a wider market, leaving aside the characteristic roughness of its shoes with the Enerzy compound, which offers a much softer cushioning than the brand's fans expect. However, they maintain the 12 mm drop that seems pretty high for what is now seen as normal in the market, but hey... they have to have something to be different from the rest and surely the runners who are heel strikers is delighted.

It is surprising that the upper is cleaner than its predecessor Wave Rider 24, so much so that even the mythical RunBird logo would like to go unnoticed with lines so narrow that it seems that they could disappear by scratching a little, in line with the loss identity caused by the abandonment of a firm cushioning "house brand". Apart from being generous in length, the tongue prioritizes comfort with an above-average cushioning and is attached to both sides to prevent it from moving causing uncomfortable folds.

The first thing you wonder when you see the Wave Rider 25 midsole is whether it is a Mizuno shoe or a knockoff. Yes, it is a true Mizuno shoe that thanks to the exclusive use of the Enerzy compound (no U4icX ™ or U4ic ™) allows the luxury of dispensing with most of the gaps around the (less and less) unmistakable Wave™ plate because the mentioned Enerzy is more flexible and therefore capable of adapting to the different movements of the set. The sole maintains the reliable and durable X10 that again more than justifies the investment in time and money used in its development, while the configuration of the stud changes slightly, although it maintains both the three large flex grooves transverse at the front such as the generous longitudinal groove that undoubtedly helps a smooth and fast transition. Lets go for a run. 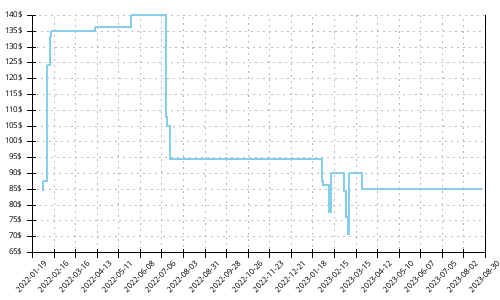