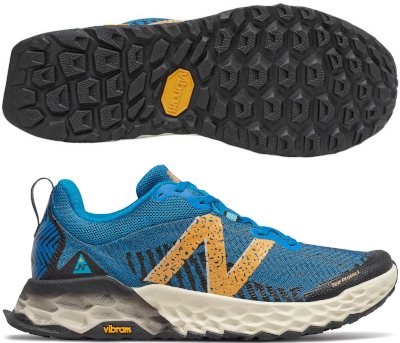 The new New Balance Fresh Foam Hierro v6 is confirmation that what was released in the previous edition has worked very well and that only slight tweaks are needed. In fact, it has worked so well that even the Nike Pegasus Trail 2 shoe has been inspired by its concept producing a shoe for running beyond asphalt that is quite interesting. Although the sixth edition of the Fresh Foam Hierro has slightly reduced its weight, it cannot be said that it is an agile shoe and remains within the expected versatility, although there is the added attraction of wearing them also in a casual way given the attractiveness of its design.

Although it might seem otherwise because it maintains the same modern and aggressive aesthetic that has worked so well in the Fresh Foam Hierro v5, the truth is that several changes have been introduced with the aim of improving both support and protection against external elements. One of the keys is found in the thermo-sealed elements of the sides that converge in the imposing front protector (toe bumper). The configuration of these elements not only provides a more consistent structure to the whole but also adds to the aesthetics, which continues to be dominated by the oversized American brand logo on the side. The straps that hug the midfoot and end in eyelets to customize the fit with the pressure of the laces, a solution seen before and that works perfectly.

The rest of the Fresh Foam Hierro v6 hardly changes, since the only thing that jumps out is the lack of the arrow-shaped markings on the sole, paint that is saved. The imposing Fresh Foam X outsole features a specific configuration to better adapt to uneven terrain beyond asphalt (where the Fresh Foam 1080 v11 reigns within the New Balance collection) and there are no changes in dynamic behavior. The outsole repeats with the prestigious Vibram® MegaGrip material and the closeness between the bulky lugs that seemed to invite to accumulate the typical pebbles of the road between the grooves has not ended up being a problem. If it works well, better not to touch. 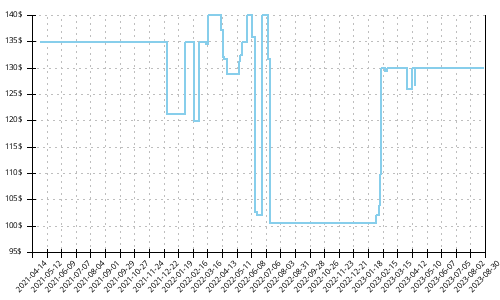