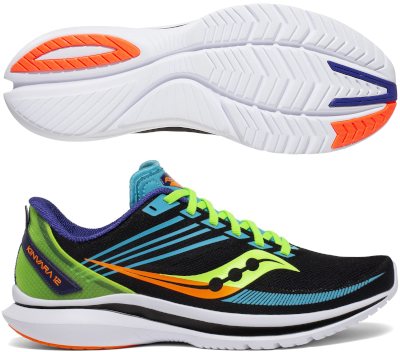 The new Saucony Kinvara 12 exemplifies the "cat and mouse game" like few other shoes on the market: it starts simple, gets more complicated, gets simpler, starts with balanced cushioning, then a little softer, now a little firmer. All this leaves nothing but despair in the popular runner who loves an edition of the shoe and trembles thinking about what will get worse when the brand of the day insists on making the typical annual renewal. Either way, it's curious that one of its biggest rivals may find it at home with the release of the Endorphin Speed, although the Kinvara 12 has 4 mm of drop, no nylon plate and no new PWRRUNPB foam. In return, a more contained price and a more conventional running shoe feel.

Not that there's been a revolution over the previous edition, the Kinvara 11 shoe, but certain changes that focus the Kinvara 12 with a more aggressive profile (more of a mixed shoe) for better response at faster paces. The upper is relatively simple with some thermofused elements that buld a more consistent structure, but perhaps what is most striking is the strident color scheme, something that is increasingly decisive in the buying process. In terms of new features, the tongue is better resolved and the redesigned rear part allows for greater support without forgetting the protection of the achilles, which is not very pronounced either.

Although there is no change in materials, the midsole being composed entirely of the (until recently) flagship foam PWRRUN™, the Kinvara 12 stands out for a new geometry that seeks faster transitions, with specific designs in both the front and rear that even recall the imposing Adidas Ultra Boost 21. Showing off the lately reviled concept of minimalism, the rubber on the outsole reaches its minimum expression with an almost symbolic presence in the areas where it is supposed to be more exposed to wear, leaving the rest, in almost total contact with the ground, with the same compound of the midsole. The configuration varies slightly while maintaining typical brand design that improves flexibility. 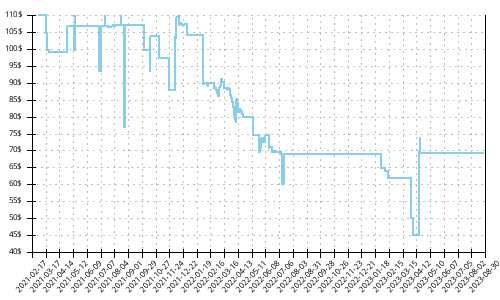