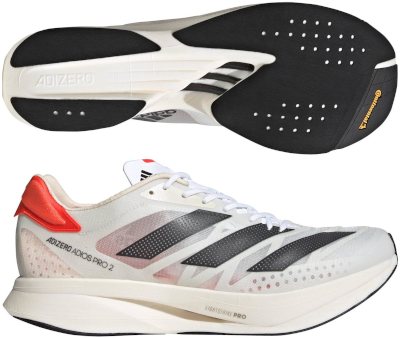 Let it be clear that the Adidas Adizero Adios Pro 2 "meets the new standards of the World Athletics organization" something its bigger sibling AdiZero Prime X unfortunately does not, and which good old Derara Hurisa can account for by being disqualified after winning the 2021 Vienna City Marathon. Either way, an interesting alternative to Nike's imposing models, either the Nike ZoomX Vaporfly Next% 2 or the more exclusive Nike Air Zoom Alphafly Next% for racing in asphalt races at the highest level.

Unfortunately the release date of the original Adidas Adizero Adios Pro shoe coinciding with the peak of the global pandemic hasn't helped with popular runner acceptance, but they have certainly been a triumph with both critics and professional runners. The new version is (visually) much better integrated within the AdiZero collection of the German brand and specifically with its smaller sibling, the once undisputed Adidas Adizero Adios 6. In terms of improvements, it premiers the Celermesh 2.0 fabric in the upper that leaves visible a structure designed to improve support while maintaining some consistency.

Perhaps the most interesting changes of the Adidas Adizero Adios Pro 2 are the ones in the geometry of the midsole that favor a faster and smoother transition while it is still made of LightStrike Pro and does not carry a single carbon plate along the entire length but has a more or less conventional plate (combined with another of Nylon) in the rear and what Adidas calls EnergyRods, a series of carbon rods arranged in such a way as to provide greater momentum in each stride in the front that are partially visible from the outsole. An outsole that also receives improvements thanks to the collaboration with the prestigious tyre manufacturer Continental™, although it does not seem that durability is the main aspect that they have taken into account during its development. Let's go, let's run. 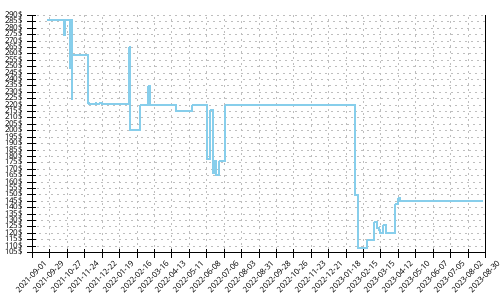